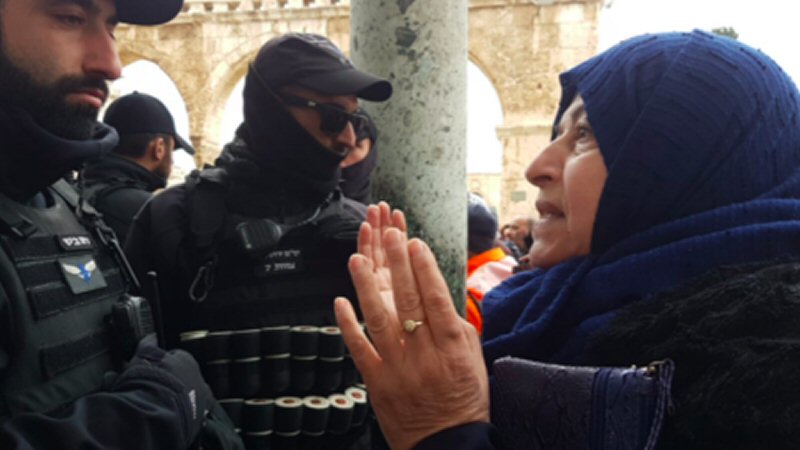 The Middle East Monitor reports that the protest erupted after an Israeli police officer attempted to enter the Dome of the Rock Mosque while wearing a kippah.

“The Dome of the Rock guards asked the policeman to remove his kippah before entering the mosque, but he refused and insisted on entering by force. The guards closed the mosque’s gates and sealed themselves inside as the police waited outside to arrest them,” said Firas al-Dibs, spokesperson for the Islamic Waqf.

During the siege, Palestinians staged a sit-in in the yard of the Mosque. Israeli police pushed the protesting worshippers. Director of the Mosque Sheikh Omar Al Kiswani was lightly wounded. When the afternoon call to prayer was sounded, Israeli forces withdrew and Palestinian worshippers streamed into the Mosque. The siege lasted for a total of six hours, reports the Wadi Hilweh Information Center, and at least four Islamic Waqf guards were arrested.

Israeli authorities released the four guards from detention later that day with orders to stay away from al-Aqsa for one week and report back to the Israeli police on Sunday.

The Wadi Hilweh Information Center reports that on Wednesday and Thursday Israeli settlers toured al-Aqsa compound with the protection of Israeli police.