Palestinians Thank Chicago Rapper “Noname” for Her Solidarity and Courage 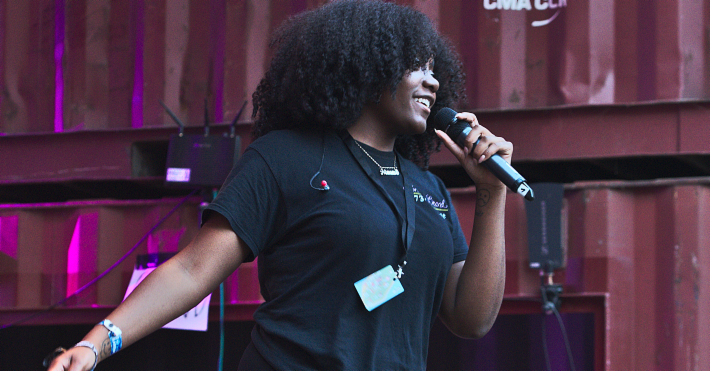 The Palestinian Campaign for the Academic and Cultural Boycott of Israel (PACBI) warmly thanks Noname for her meaningful solidarity and moral courage.

Despite the best efforts of Israel lobby groups like “Creative Community for Peace”, thousands of artists worldwide have publicly endorsed the cultural boycott of apartheid Israel.

Many more quietly refuse engagements in Tel Aviv, just as they once refused to play Sun City in apartheid South Africa, recognising their ethical responsibility to do no harm to peaceful struggles for justice.

Israeli promotions companies and venues are deeply complicit in the propaganda efforts of Israel’s far-right regime of occupation and ethnic cleansing. No wonder they typically offer fees twice as high as elsewhere.

The right side of history always welcomes conscientious artists who regret crossing the Palestinian picket line. 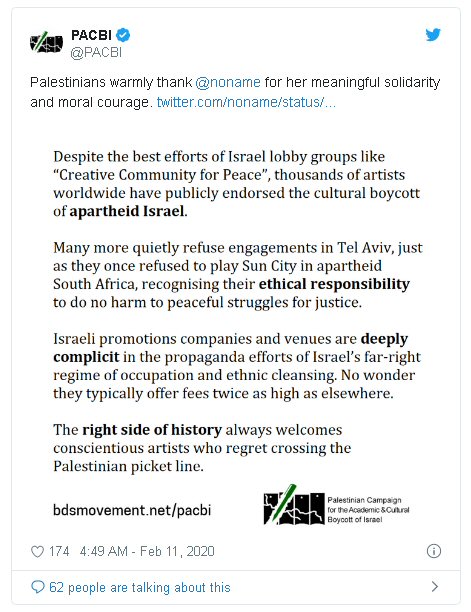 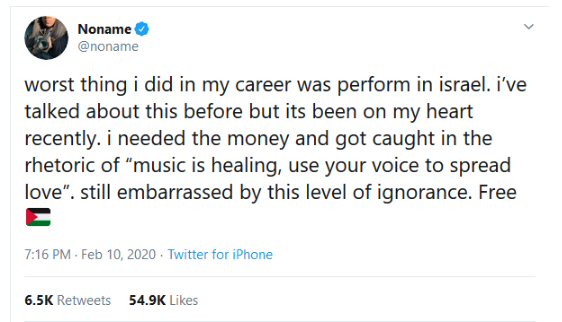 – The Palestinian Campaign for the Academic and Cultural Boycott of Israel (PACBI) is a founding member of the Palestinian BDS National Committee (BNC), the largest coalition in Palestinian society that leads the global BDS movement.