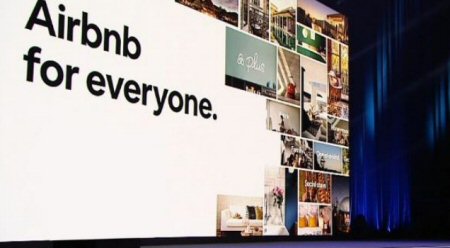 A coalition of Palestinian NGOs is urging local and international organizations to reject donations from Airbnb, in light of the companyâ€™s ongoing listing of homes in illegal Israeli settlements.

According to a statement published on the site of Ramallah-based human rights group Al-Haq, the Palestinian Non-Governmental Organisations Network (PNGO-NET) issued the call after Airbnb reversed a previous decision to delist properties based in settlements.

PNGO-NET, which includes 145 organisations based in the Occupied Palestinian Territory (OPT) working on a range of issues from development to human rights, stressed the significance of Israelâ€™s â€śunlawful settlement of Palestinian territoryâ€ť.

This policy, it stated, according to the PNN, â€śis characterized by the confiscation of Palestinian land and natural resources, the obstruction of Palestinian movement due to checkpoints, the Annexation Wall, and other barriers, and the use of the OPT as a captive market for Israel.â€ť

Thus, Airbnbâ€™s November 2018 announcement â€śthat it would no longer list properties in illegal Israeli settlements in the West Bankâ€ť â€“ while excluding settlements in East Jerusalem and the Syrian Golan Heights â€“ was seen â€śas a step in the right direction in respecting the human rights of the occupied Palestinian population and towards fulfilling its responsibilities under international lawâ€ť.

However, following legal action by Israeli settlers, on 9 April 2019, Airbnb announced a reversal in its position, saying it will continue to list the properties of settlers, but will donate the profits to NGOs â€śdedicated to humanitarian aid that serve people in different parts of the worldâ€ť.

The Palestinian NGOs stated that:

Airbnb donations effectively amounts to the proceeds of crime and will be amassed by the illegal policies and practices we seek to end.

â€śWe call on all international and local NGOs to reject donations of money from Airbnb, until their policies ensure respect for the human rights of all people, including those living under occupation,â€ť the statement added.

â€śTogether, we must all work to end corporate complicity in human rights abuses; companies like Airbnb must know that our silence cannot be bought.â€ť