Paramedic’s Father: “My son thought he wouldn’t be shot wearing his vest.” 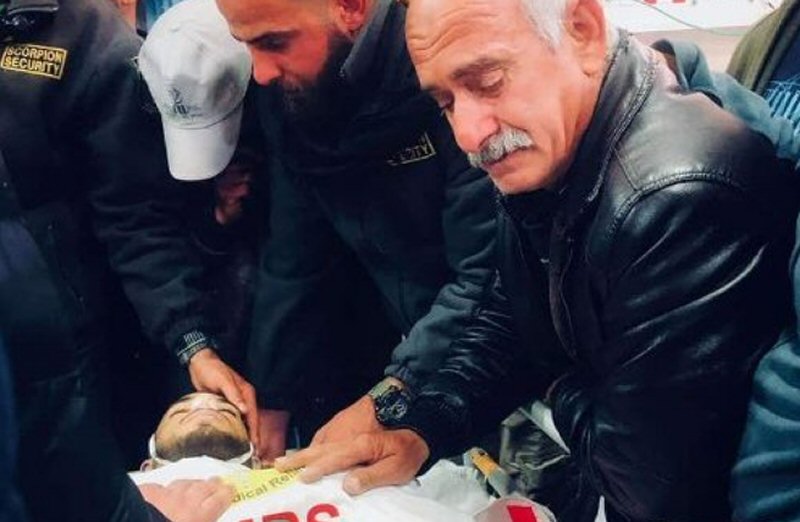 A young paramedic volunteer was killed by Israeli fire, Wednesday morning, during violent confrontations that broke out in Dehehisheh refugee camp, in the south of Bethlehem, while wearing his medical relief uniform.

The father of Sajed Mezher, Abdul-Hakeem Mezher, narrated to PNN the last moments of the young man’s life and his determination to extend a helping hand to the wounded youth.

Abdul-Hakeem said that he woke up at dawn and was preparing his sons to go to their schools. Among them was Sajed, who was studying for a university exam. At the outbreak of confrontations, Sajed insisted on going out and helping the injured with the paramedic crews.

“He told me that he cannot abandon the wounded at this moment, saying he was trained to provide humanitarian aid at times like this. He told me not to worry and that he was protected under international law wearing his official uniform… but, he was still shot and killed.”

Popular committees announced a general strike following the killing of Mizher, who was buried in his final resting place at the Martyr’s Cemetery, in Artas village.

Further confrontations broke out at the northern entrance of Bethlehem, following the funeral.

The Palestinian Medical Relief Society, in a statement, said that Sajed was shot in the abdomen with live ammunition as he was performing his duty dressed in his first aid uniform, during a raid by Israeli forces on the camp; he later succumbed to his wounds at the hospital. who called on its partners to condemn, unequivocally, this “severe violation of international humanitarian law by Israel, and to demand the immediate cessation of attacks on medical personnel and other protected persons.”