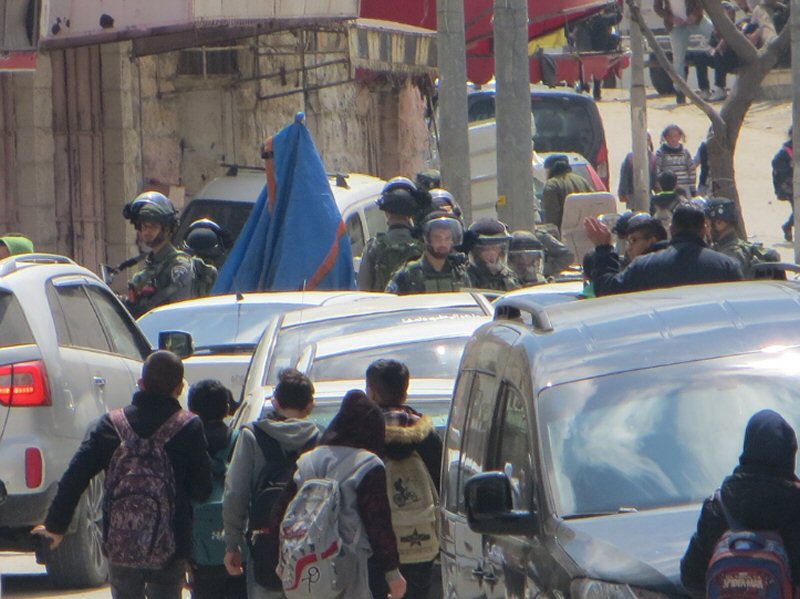 Israeli soldiers, today, attacked Palestinian school children while they were leaving their school, in the Israeli-controlled part of the southern West Bank city of Hebron, reported WAFA correspondence.

They said that soldiers threw stun grenades at Hebron Elementary School for Boys and harassed the students in the street, after they left the school, causing panic and fear among the children, as well as suffocation from the gas.

Previously, Palestinian children going to or leaving their schools in the Israeli–controlled area of Hebron, known as H2, were accompanied by members of the Temporary International Presence in Hebron (TIPH), an international civilian monitoring force, until Israel canceled their mandate, in February,  and kicked them out of the West Bank after 22 years of service.

As a result, Israeli settlers and army harassment of Palestinian school children has become rampant.