PCHR: “2 Fishermen Killed and Another Injured by Egyptian Naval Forces” 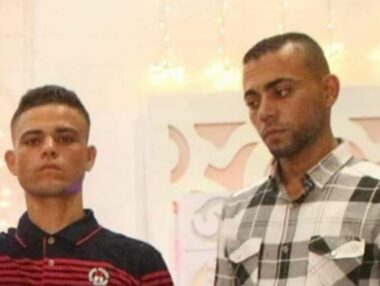 The Palestinian Centre for Human Rights (PCHR): 2 Fishermen Killed and Another Injured by Egyptian Naval Forces: PCHR Calls on Egyptian Authorities to Change Open-Fire Regulations on Persons Crossing the Borders and Maintain Proportional Use of Force

The Palestinian Centre for Human Rights (PCHR) followed up with deep regret the killing of two fishermen and the injury of another after Egyptian naval forces opened fire at them. PCHR calls upon the Egyptian authorities to open an immediate investigation into the incident and announce its results to the public.

PCHR also calls for changing the rules pertaining to Gaza Strip residents, whether citizens or fishermen who cross the land or sea borders, and not to use excessive force against them. PCHR also calls for a refrain from shooting with the intent to kill, complying with the principle of proportionality in the use of force against them, especially that in the majority of incidents that occurred previously, victims did not pose any danger to the Egyptian authorities.

According to PCHR’s investigations, the three fishermen Mahmoud Mohammed Ibrahim al-Za’zou’ (20) and his two brothers Hasan (26) and Yaser (18), from Deir al-Balah city in central Gaza Strip, went fishing at approximately 07:00 on Thursday, 24 September 2020.

After they crossed the Palestinian-Egyptian maritime boundaries and entered the Egyptian regional waters; at approximately 01:00 on Friday, 25 September 2020, Egyptian gunboats opened heavy fire against them and took them to an unknown destination.

Nizar ‘Ayash, Head of the Palestinian Fishermen’s Syndicate in the Gaza Strip, declared on Saturday, 26 September 2020, the death of the two fishermen Mahmoud and Hasan Mohammed al-Za’zou’ and the injury of their third brother Yaser.

He also added that the Egyptian authorities would transfer their bodies over to the Gaza authorities at 04:00 via the Rafah Border Crossing. Nedal al-Za’zou’ (34) said to PCHR’s fieldworker that the Ministry of Interior in Gaza confirmed this information to them, without indicating the details of the incident because no information was available.

The Fishermen’s Syndicate announced a strike and closed the sea until Sunday noon, 27 September 2020, in proteststo the killing of the two fishermen and in solidarity with their family.

It is noteworthy that similar incidents have occurred previously, as fisherman Moustafa Abu-Oda (32) was killed by Egyptian naval forces; as well as Palestinian fisherman Feras Meqdad (18). Also, in December 2015, Issahac Hassan (28), a mentally ill person, was killed by the Egyptian military.