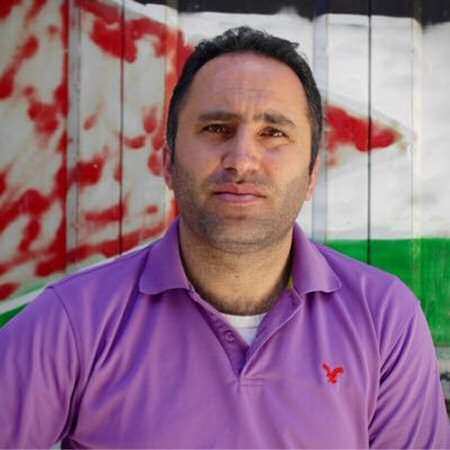 The Palestinian Authority (PA) Continues to arrest ‘Issa Isma’il ‘Amro (39), Coordinator of Youth against Settlements in Hebron, on grounds of expressing his opinion on Facebook.  On Wednesday, 06 September 2017, the Public Prosecution accused him of inciting racial feuds according to Article (150) of the 1960 Penal Code.

According to the Palestinian Center for Human Rights (PCHR’s) follow-up, on 03 September 2017, Human Rights Activist ‘Amro was summoned by the Preventive Security Service (PSS) after he criticized in a Facebook post the arrest of journalist Ayman Na’im al-Qawasmah and called for applying the rule of law.  He also denounced the threats against journalists, aiming at abstaining them from publishing, promising he will document all violations.

PCHR condemns the continued detention of ‘Amro and emphasizes that his post is part of the freedom of opinion and expression according to the PA’s binding international standards.  PCHR emphasizes that arrest of ‘Amro and Qawasmeh is part of a systematic campaign by the PA to silence the counter opinion.  This campaign includes arresting journalists and opinion-makers and enacting the arbitrary “Electronic Crimes Law”, which violates and undermines not only the freedom of expression but the most basic standards of justice and human rights.

According to PCHR’s follow-up, on 06 September 2017, journalist al-Qawasmeh was released after the Prosecution extended his detention to further 24 hours on 05 September 2017 on charges of ” insulting the President” in violation of Article (159) of the Penal Code No. 16/1960 in force in the West Bank.  Al-Qawasmeh was arrested after his statement on local media when Israeli forces raided his radio station on Thursday, 31 August 2017, damaged and confiscated its contents, and closed the radio.  He said in his statement, “If the President, Prime Minister and Government cannot protect us, they should step down and stay home.”

PCHR denounces that the Public Prosecution filed a case against ‘Amro on charges of “inciting racial feuds” although his statement did not violate the right to criticism.  Thus, the criminalization scope of this article extended to affect journalists and opinion-makers.  PCHR also condemns the restrictions imposed on the freedom of opinion in the West Bank in a way where calling for the rule of law has become a crime leading to arrest.

PCHR renewed its refusal of the detention pending investigation on grounds of opinion cases and of automatically detaining the accused person in such cases.  This violates the presumption of innocence and exposes the person to imprisonment, degradation and hindering his interests for mere suspicion, and so the freedom of expression would be undermined.

PCHR reminds that detention pending investigation was legalized to protect the investigation into dangerous cases, fearing that the accused person would flee or tamper with evidence.  In opinion cases, both concerns are not usually available.

In light of the above, PCHR calls upon the PA to release ‘Amro and respect the rule of law and its obligations according to the Palestinian Basic Law and International Covenant on Civil and Political Rights.  PCHR also calls upon the local and international authorities to intervene in order to stop this vicious attack against the freedom of expression, aiming at silencing each antagonist and critic.