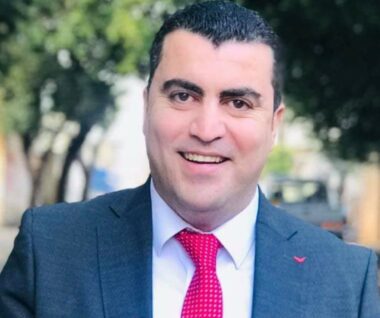 The Palestinian Center For Human Rights (PCRS) On Wednesday morning, 13 April 2022, Israeli occupation forces (IOF) killed a Palestinian lawyer, Mohammed Hasan Mohammed ‘Assaf, 33, without any justification while their troops withdrew from Nablus after conducting a wide-scale incursion into the city.

During the incursion, IOF attacks resulted in several injuries among Palestinians and killed the lawyer who was in the area dropping off his nephews to their school.

According to investigations conducted by the Palestinian Centre for Human Rights and eyewitnesses’ statements, at approximately 05:30 on Wednesday, IOF backed by military vehicles moved into eastern Nablus, near Joseph’s Tomb.

In the meantime, a number of Palestinians gathered in the area and threw stones at IOF vehicles. IOF immediately fired rubber and live bullets, sound bombs, and tear gas canisters at them.

As a result, 3 Palestinians, including a child, were shot and injured in the feet. At approximately 09:00, IOF began their withdrawal from the city; meanwhile, the lawyer Mohammed Hasan Mohammed ‘Assaf (32), who lives in Kafr Laqif village in Qalqilya and works in the Nablus office of Settlement and Wall Resistance Commission, arrived along with his 3 nephews at al-Ghawi area in eastern  Joseph’s Tomb via an SUV to drop them off to their school, north of al-Ghawi roundabout, near Askar refugee camp. When the lawyer arrived at the roundabout, he could not enter the area due to clashes there between Palestinians and IOF. He drove back towards the eastern area between al-Hesba and al-Ghawi roundabout and parked his SUV in a safe place.

Then, he and his nephews stepped out of the SUV and stood next to a building while IOF withdrew.

In the meantime, an Israeli soldier, who was inside a military vehicle, fired 4 live bullets from a distance of 40 meters at the lawyer. One of the bullets penetrated his chest.  The lawyer fell to the ground and bled from his mouth.

Afterward, a Palestinian ambulance arrived and took him to Rafidia Governmental Hospital in Nablus, where he was pronounced dead upon arrival.

Since the beginning of the year, IOF killed 26 Palestinians, including 6 children and 2 women, in separate incidents in the West Bank; most of them were victims of excessive use of force that accompanied the suppression of peaceful protests and gatherings.