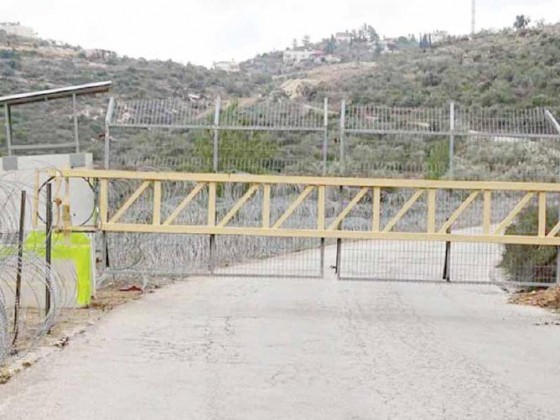 Israeli forces continued collective punishment measures against the Palestinian civilians. In the West Bank, on Thursday, 22 December 2016, Israeli forces killed a Palestinian civilian and wounded 3 others when the soldiers used force to disperse dozens of youngsters gathering around Qalandia refugee camp and Kufor Aqeb village, north of occupied Jerusalem, and attempting to prevent the demolition of Abu Sbaih house in the said village.

According to investigations conducted by PCHR’s fieldworker, at approximately 18:00 on Thursday, 15 October 2016, a number of young men protested at the entrance to al-Jalazoun refugee camp to commemorate the anniversary of the death of Ahmed Sharakah, who was killed on 11 October 2016 by the Israeli forces. When the young men arrived at the abovementioned entrance, about 10 soldiers directly opened fire at them. One of the Israeli soldiers directly opened fire at al-Bayed from a distance of 15 meters. As a result, he was wounded with a metal bullet to the head. He was then transferred by an ambulance to the Palestine Medical Complex in Ramallah to receive medical treatment. His wounds were classified as serious due to brain laceration and severe bleeding. He underwent a surgery and then went into coma until his death was announced.

On the same day, Palestinian medical source pronounced Fares al-Bayed (15), from al-Jalazoun refugee camp, north of Ramallah, dead because of wounds he sustained on 15 October 2016. The aforementioned child sustained a bullet wound to the forehead causing laceration and coma.

During the reporting period also, 10 Palestinian civilians, including 3 children and a journalist, were wounded during peaceful protests or Israeli incursions.

Israeli troops demolished the walls of a house belonging to Abu Sbaih family in Kufor Aqeb village, north of occupied Jerusalem, and closing it.

Israeli forces continued their efforts to create Jewish majority in occupied East Jerusalem. 5 agricultural and commercial facilities in Silwan village were demolished. A new tunnel was opened in Silwan village. The tunnel resulted in cracks in dozens of houses.

During the reporting period, Israeli forces killed a Palestinian civilian while a child succumbed to his wounds in the West Bank. Moreover, they wounded 14 civilians, including 3 children and a journalist.

On 22 December 2016, Israeli forces demolished the walls of a house belonging to the family of Mosbah Abu Sbaih in Kufor Aqeb village, north of occupied Jerusalem, and closed it upon a decision from the Israeli High Court. The house is an apartment on the 7th floor of a building owned by Abu Sbaih’s father. It should be noted that Mosbah was killed on 12 October 2016 after he carried out a shooting attack in Shaikh Jarrah neighbourhood, north of East Jerusalem.

During the reporting period, Israeli forces conducted at least 60 military incursions into Palestinian communities in the West Bank and 6 others in occupied Jerusalem and its suburbs. During these incursions, Israeli forces abducted at least 52 Palestinian civilians, including 16 children and a woman. Sixteen of them, including 10 children and the woman, were abducted in occupied Jerusalem.

On 28 December 2016, the Israeli municipality demolished 5 agricultural and commercial facilities in Ein al-Louza neighbourhood in Silwan village, south of East Jerusalem’s Old City, under the pretext of non-licensing. Jamal Siyam said that Israeli forces demolished 3 agricultural containers and a barrack he owns, in addition to parts of a commercial store belonging to Abu Hawdan family.

In the same context, on 27 December 2016, the Israeli authorities opened a new tunnel in Wadi Helwa neighbourhood, south of East Jerusalem’s Old City that resulted in cracks in the houses and streets.

In the Gaza Strip, on 25 December 2016, a Palestinian civilian was wounded during a peaceful protest near the border fence, east of al-Shuja’iya neighbourhood, east of Gaza City. His wound was classified as moderate.

On 26 December 2016, Israeli forces opened fire at Palestinian farmers in the east of al-Salqa valley, east of Deir al-Balah, in the central Gaza Strip. No casualties were reported as well.

In the Gaza Strip, on 27 December 2016, Israeli forces moved about 50 meters around Sofa military site in al-Shouka village, east of Rafah, south of the Gaza Strip. They levelled and combed lands and then withdrew.

Israeli Settlement activities continued in the West Bank this week. A well and an agricultural room were demolished. In addition, new demolition notices in Hebron were issued.

On 27 December 2016, Israeli forces demolished a well and an agricultural room in al-Bus area, west of Ethna village, west of Hebron. They issued also final demolition orders against 4 houses in Beit Awwa village, southwest of Hebron, and 18 notices to halt construction works in Masafer Yatta, south of the city.

Israeli troops engaged in excessive force against peaceful demonstrations protesting settlement activities and the construction of the annexation wall.

Following the Friday prayer on Friday, 23 December 2016, dozens of Palestinian civilians and Israeli and international human rights defenders organized demonstration from Kafer Qadoum village, northeast of Qalqiliyah, towards the eastern entrance to the village protesting against closing it with an iron gate since the beginning of al-Aqsa Intifada. As soon as they arrived at the abovementioned entrance, Israeli forces fired live bullets and sound bombs at the protesters. As a result, two civilians, including a child, were injured. A 45-year-old civilian sustained 2 live bullet wounds to the left foot and chest while a 15-year-old child sustained a live bullet wound to the right hand. The Israeli forces then detained Momen Murad Eshtiwi (7) on the spot for half an hour due to which he panicked. They also attacked Abdul Rahman Mousa Abdul Latif ‘Ali (40) with a stone to the head and then abducted him.

In the afternoon of the same day, dozens of Palestinian and International activists organized a demonstration called for by national and popular figures in Bethlehem at the military checkpoint “300” between East Jerusalem and Bethlehem, demanding the freedom of movement and access to the holy places in coincidence with the Christmas holiday. A number of activists dressed like Santa Claus. The march began in front of the Caritas Hospital in the central Bethlehem where the activists raised Palestinian flags and a poster demanding the entry to occupied East. As soon as they arrived at the abovementioned checkpoint, the Israeli soldiers fired live rubber-coated metal bullets, tear gas canisters and sound bombs at them. As a result, Mohammed Shushah, journalist at Roya TV Channel, was hit with sound bomb shrapnel to the right foot and was then taken to a hospital in Bethlehem to receive medical treatment. Eyad Nemer Hamad (58), a journalist at Associated Press (AP) News Agency, suffered from tear gas inhalation as well.

Following the Friday prayer, dozens of Palestinian civilians and Israeli and international human rights defenders organized demonstrations in Bil’in and Ni’lin villages, west of Ramallah, and al-Nabi Saleh village, northwest of the city, protesting against the annexation wall and settlement activities. Israeli forces forcibly dispersed the protests, firing live and metal bullets, tear gas canisters and sound bombs. They also chased the protesters into olive fields and between houses. As a result, many of the protesters suffered tear gas inhalation while others sustained bruises as Israeli soldiers beat them up.

On Friday afternoon, 25 December 2016, dozens of young men made their way to the border fence between the Gaza Strip and Israel, east of al-Shuja’iya neighbourhood, east of Gaza. They threw stones at the Israeli soldiers stationed behind the abovementioned fence. The Israeli soldiers sporadically fired live bullets and tear gas canisters at the young men in response. At approximately 17:00, Mohammed Hesham Fouad Abu Jarad (22) sustained a live bullet wound to the right foot and was taken to al-Shifaa’ Hospital in Gaza to receive medical treatment. His wounds were classified as moderate.

In addition, PCHR calls upon the Parties to international human rights instruments, especially the Covenant on Civil and Political Rights and the Covenant on Economic, Social and Cultural Rights, to pressure Israel to comply with their provisions in the Occupied Palestinian Territories, and to compel it to incorporate the human rights situation in the Occupied Palestinian Territories in its reports submitted to the concerned committees.