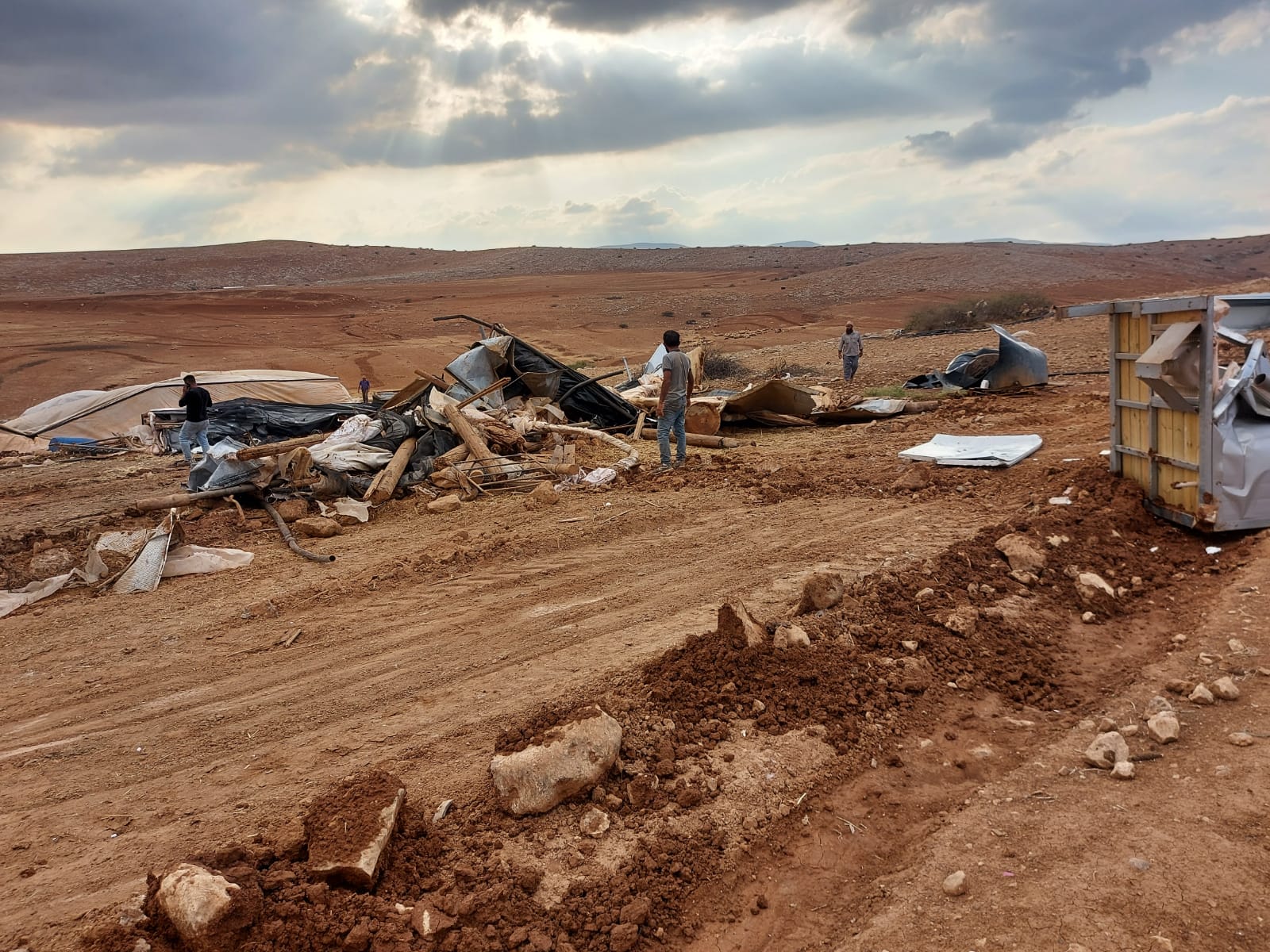 The demolitions were preceded by the confiscation of 16 vehicles and 5 water tanks in a nearby area in the valleys. Yesterday’s operation comes within an accelerated cam paign by IOF to demolish and destroy Palestinians’ homes and properties in the West Bank and East Jerusalem, under the Israeli annexation and settlement-expansion schemes in what can only be considered an act of ethnic cleansing against the indigenous Palestinian population.

According to PCHR’s investigations, at approximately 12:00 on Tuesday IOF, accompanied by Israeli Civil Administration SUVs and construction vehicles, moved into Kherbet Hemsa al-Foqa in the northern Jordan valleys, eastern Tubas. The Palestinian Centre for Human Rights condemns the Israeli demolitions and confiscation of Palestinian properties and warns against the threat of the continued Israeli attempts to displace Palestinians and out them from their lands by destroying their houses and confiscating/demolishing their properties. This is an Israeli systematic policy to impose a fait accompli to enforce its control and sovereignty on parts of the West Bank.

PCHR recalls that Article 49 of the Fourth Geneva Convention of 1949 prohibits “Individual or mass forcible transfers, as well as deportations of protected persons ..” unless “the security of the population or imperative military reasons so demand.” Additionally, Article 7.1.d of the Rome Statute of the International Criminal Court stipulates that “Deportation or forcible transfer of population when committed as part of a widespread or systematic attack directed against any civilian population is a crime against humanity.” Also, Article 6, 7, and 8 of the Rome Statute assert that “Deportation or forcible transfer of population” is a war crime. PCHR calls upon the international community and United Nations bodies to uphold their legal and moral duties and to urgently intervene to stop the Israeli occupation’s crime against Palestinians and to guarantee their protection.