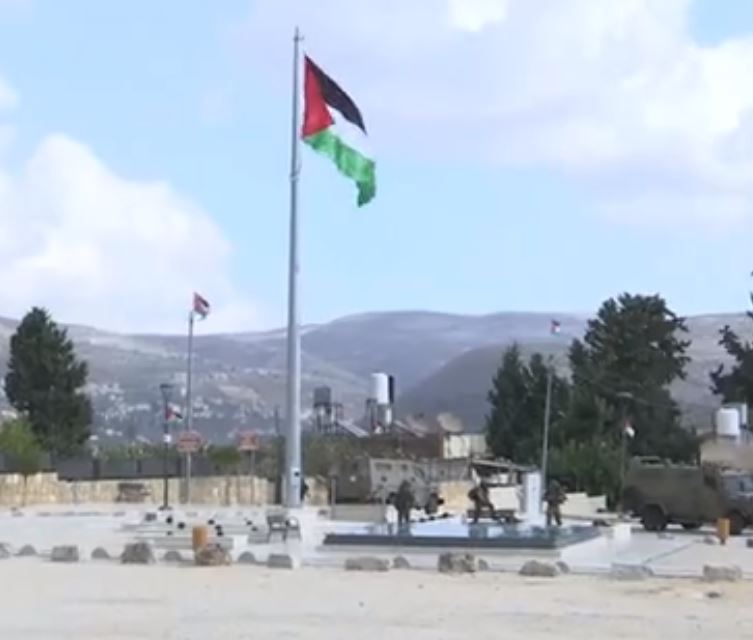 Dozens of Israeli soldiers invaded, on Thursday morning, the archaeological area in the Palestinian town of Sebastia, north of the northern West Bank city of Nablus, and closed it to all Palestinians.

Mohammad Azem, the Mayor of Sebastia town, said the soldiers, accompanied by members of the Army Corps of Engineers, invaded the town before heading to the archaeological site, and shut it down.

Azem added that the soldiers said they intend to remove the 17-meter Palestinian flagpole, in the a-Bayader Square area in the town, because “it is bothering the settlers.”

Shortly after the army invaded the site, and removed the Palestinians, dozens of illegal Israeli colonists invaded the area.

The army frequently invades the site to accompany dozens of illegal colonists and forces the Palestinians out.

These invasions frequently lead to protests, especially since the army and the colonists drove through the town, and the soldiers constantly fire live rounds, gas bombs, concussion grenades, and rubber-coated steel bullets.

It is worth mentioning that the archeological site is in Area B of the West Bank, as dedicated under the “Oslo Agreement.”

Area B, about %22 of the West Bank, is under Palestinian civil administration, while Israel has exclusive security control.