Pitfalls of the Fateh-Hamas Reconciliation 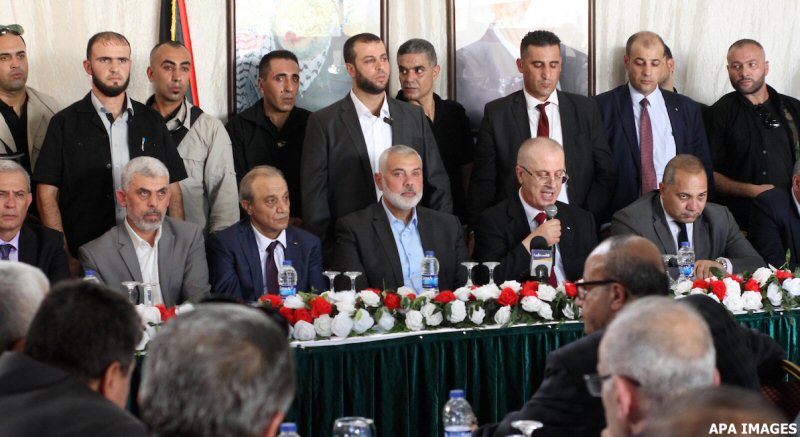 The Fateh-Hamas reconciliation announced on October 12 may sound like a breakthrough, but many questions remain. Of course any progress bridging the two sides is a welcome development for people in Gaza, who have suffered since 2007 from Israel’s cruel blockade and, more recently, from the Palestinian Authority’s (PA) draconian cuts to their electricity and salaries. However, the longer-term effects of a Hamas-Fateh rapprochement – if done in an incomplete way – may be more devastating than what Palestinians experience today.

For instance, the establishment of a dual political system in the Gaza Strip, meaning partisan sharing in public sector institutions, would pose a major risk. In such a system, figures from Hamas and Fateh would ostensibly share control of ministries and other government offices, but in reality would command separate sections within PA institutions. This could lead to a situation in which the deep differences between the parties could spark tension and violence worse than what occurred in 2007.

Such a situation would benefit Israel, which uses the Fateh-Hamas split to claim that the Palestinians are unequipped to run a state. This allows Israel to more easily continue its project of settlement building and apartheid. Yet even if Fateh and Hamas work together peacefully in Gaza, the current steps being taken toward reconciliation could lead to the establishment of a dubious Palestinian “state:” an entity with its central government based in Gaza, along with carved up West Bank cantons. This solution may suit Israel as well as the United States, which currently envisions resolving the Palestinian issue in the context of a regional settlement between Arab states and Israel, but it would shatter the Palestinians’ hopes for a state based on the 1967 borders, or one state with equal rights for all.

To avoid these pitfalls and for Fateh and Hamas to work together toward genuine self-determination and rights for the Palestinian people, these steps should be taken: