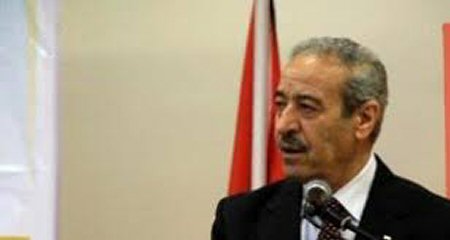 Khalid was responding to an Israeli ministerial committee that approved deducting the allowances the Palestinian Authority (PA) allocates for families of prisoners and those killed by Israel from the Palestinian tax revenues Israel collects on behalf of the PA, which he described as piracy and theft of Palestinian public funds.

He called for confronting Israel’s practices in this regard and exposing what he described as “the abhorrent racist policy of the Israeli government which tries to blackmail Palestinians on a humanitarian issue related to obligations towards victims of terrorism practiced by Israel against Palestinians.”

According to WAFA, Khalid added that “the Israel government is not even ashamed of itself as it proceeds with such piracy especially since it allocates budgets and salaries to Jewish terrorists who committed crimes of murder and attacks against the Palestinians, and supports their families and funds Jewish terror organizations and associations.”

He also stressed that the government also supports Jews convicted in Israeli courts of terrorist acts against Palestinians and treats them as if they were national heroes.

Khalid called for submitting the crimes committed by Israeli forces and Jewish terrorist organizations in the West Bank to the Human Rights Council and other organizations concerned with exposing Israel’s violations in the occupied Palestinian territory.