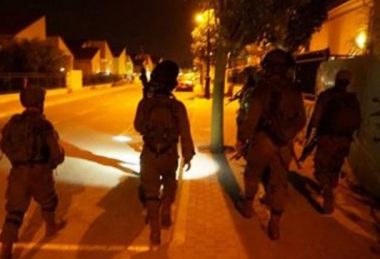 The Palestinian Prisoners’ Society (PPS) has reported that Israeli soldiers have abducted, earlier Monday, eighteen Palestinians from their homes, in different parts of the occupied West Bank.

On Monday morning, the soldiers invaded the village of al-Za’im, in East Jerusalem, and demolished a residential building.