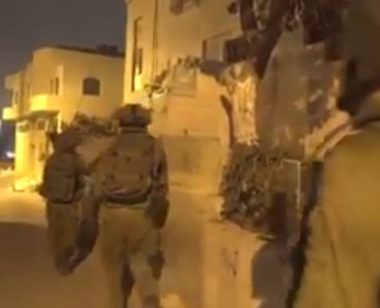 The Palestinian Prisoners Society (PPS) has reported that Israeli soldiers abducted, on Thursday at dawn, at least fourteen Palestinians, including former political prisoners, during violent searches of homes, in several parts of the occupied West Bank.

It said the abducted Palestinians are from the towns of al-Mughayyir, Kafr Ni’ma and Safa.

It is worth mentioning that undercover soldiers abducted a young Palestinian man near Barta’a military roadblock, southwest of Jenin.