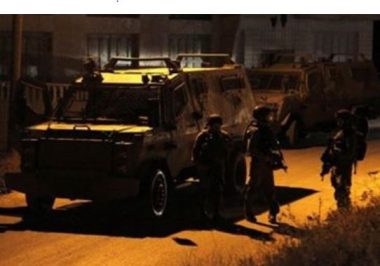 In Hebron, in the southern part of the West Bank, the soldiers invaded the homes of Yasser Khalil Shreiteh, his brother, Taiseer, and Marwan Hussein Shreiteh, and ransacked them, before abducting Marwan.