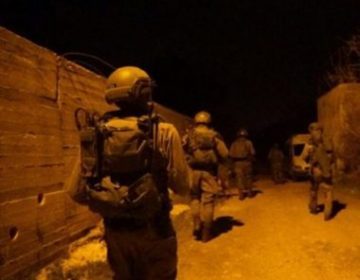 The Palestinian Prisoners Society (PPS) has reported that Israeli soldiers have abducted, overnight and during early morning hours Thursday, nine Palestinians in different parts of the occupied West Bank, amidst violent invasions and searches of homes.