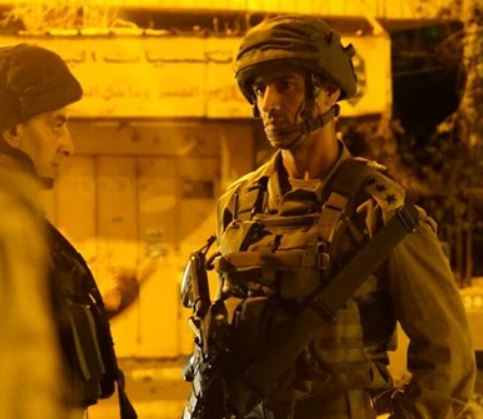 Israeli soldiers abducted, on Monday at dawn, sixteen Palestinians, including children, from their homes in different parts of the occupied West Bank, including Jerusalem, the Palestinian Prisoners’ Society (PPS) has reported.

The Hebron office of the PPS, in the southern part of the West Bank, said the soldiers invaded many homes in various parts of the district, and violently searched them before abducting six Palestinians, mainly from the al-‘Arroub refugee camp..

It is worth mentioning that Khader is the brother of ‘Omar Madhi, who was killed by Israeli army fire on February 10, 2016.

In addition, the soldiers abducted Abdul-Rahman Hamdan, from his home in Beit Sira town, west of Ramallah.

In Jenin, in the northern part of the West Bank, the soldiers abducted Mos’ab Mahmoud Halayqa, 22, after invading his home and searching it.