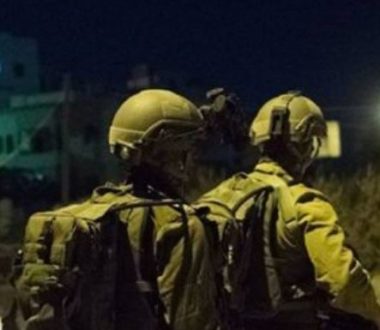 Israeli soldiers abducted, on Monday at dawn, ten Palestinians from their homes, in several parts of the occupied West Bank, after the army invaded and ransacked dozens of homes, and interrogated many Palestinians while inspecting their ID cards, the Palestinian Prisoners’ Society (PPS) has confirmed.

The PPS said the soldiers abducted Mo’men Fathi Qar’awi, 24, from his home in Nur Shams refugee camp, east of the northern West Bank city of Tulkarem.

It added that the soldiers also abducted Shadi Bassam Abu Shareb, 30, and Taher Nofal, 20, from their homes in Qalqilia, in northern West Bank.

The soldiers also installed many roadblocks in several parts of the occupied West Bank, especially in and around Hebron, in the southern part, before stopping and searching dozens of cars, and interrogated many Palestinians while inspecting their ID cards.