Israeli Soldiers Injure Many Schoolchildren And Teachers In Hebron 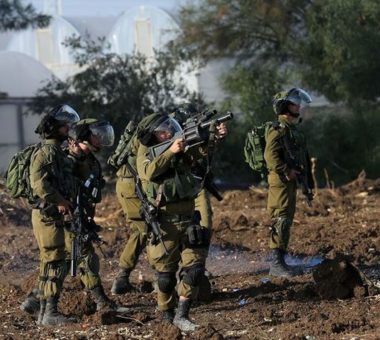 They added that dozens of schoolchildren and teachers suffered the effects of teargas inhalation, before local medics rushed to the educational facilities, and provided them with the needed treatment.

It is worth mentioning that the schools in that area are subject to daily violations and assaults by the soldiers, constantly stationed at the Abu ar-Reesh military roadblock, west of the Ibrahimi Mosque, and roadblock #60, south of the mosque, in addition to many roadblocks that are repeatedly installed near the schools.