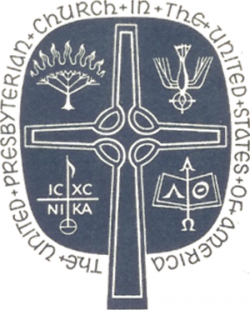 The General Assembly of the Presbyterian Church in the United States approved, during its meeting last week in St. Louis, Missouri, by unanimous consent, an action opposing congressional and state anti-BDS (Boycott, Divest, and Sanction) laws, according to a press release.

According to WAFA, the newly approved policy directs the Presbyterian Church (USA) to “oppose specific US legislation to suppress measures of economic witness…such as ‘The Israel Anti-Boycott Act’.” The action further instructs the church to join in legislation opposing state anti-BDS laws through the filing of amicus curiae briefs, in coalition with other religious and human rights groups.

Some two-dozen laws have been passed, in Congress and states across the country, that are designed to suppress BDS campaigns in protest of Israel’s abuses of Palestinian human rights. The American Civil Liberties Union (ACLU) and other civil liberties groups have condemned these laws as un-constitutional and an infringement on the First Amendment right to free speech.

Earlier this year, in the first decision of its kind, a Kansas judge blocked an anti-BDS law in that state, deeming it un-constitutional. In recent years, a number of US faith groups and churches, including the Presbyterian Church (USA) have adopted boycotts and divested from companies that profit from Israel’s abuses of Palestinian human rights.

In other actions last week, the Presbyterian Church (USA) defended the free exchange of ideas on Israel/Palestine, refusing to accept a prohibition on describing the occupation of the West Bank, East Jerusalem, and Gaza as “a colonial project.” The church also, by unanimous consent, declined to censor a recent publication from its Israel/Palestine Mission Network entitled Why Palestine Matters: The Struggle to End Colonialism.

The General Assembly considered additional actions relating to Israel/Palestine including a resolution expressing “profound grief and sorrow” for the deaths of 131 Palestinians during the recent protests surrounding the Great March of Return, deploring Israel’s “targeting of more than 20 clearly marked Palestinian medics serving the wounded,” one advocating for equal rights for Palestinian citizens of Israel, and one calling on RE/MAX to stop facilitating the sale of properties in settlements built on occupied Palestinian land in violation of international law.