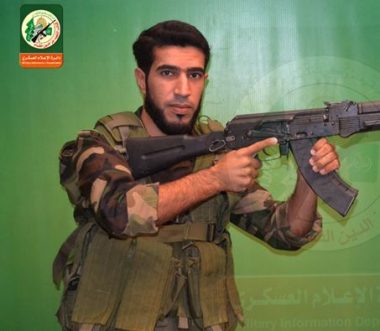 The Al-Qassam Brigades, the armed wing of Hamas, has reported that one of its fighters was killed, Sunday, when a siege-busting tunnel collapsed on him near the border in Deir al-Balah, in central Gaza.

The Brigades identified the fighter as Tha’er Nayef az-Zare’ey, 30, from Deir al-Balah. His corpse was located under the rubble and was moved to the Al-Aqsa Hospital.

It is worth mentioning that dozens of Palestinians have been killed while working in siege-busting tunnels across border areas in the besieged Gaza Strip, and hundreds have been injured.

Some of them died in similar accidents, and many others were killed after the Israeli army bombarded the tunnels.

Many Palestinians, not affiliated with Hamas or any other armed resistance group in Gaza, resort to work in the dangerous tunnels due to extremely-high poverty and unemployment rates in the coastal region.