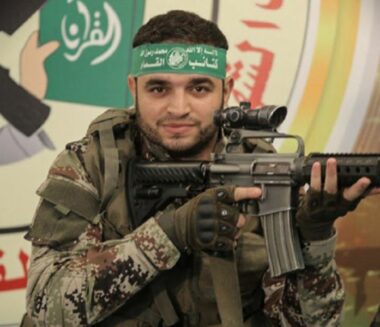 The Al-Qassam Brigades, the armed wing of Hamas, has reported that one of its fighters died, on Sunday evening, and three others were injured, when a siege-busting tunnel collapsed on them, in the northern part of the Gaza Strip.

The Brigades stated that the fighter has been identified as Khalil Mohammad Lubbad, 27, from Jabalia refugee camp, in northern Gaza.

Medical sources said the fighter was taken to the Indonesian Hospital, in Jabalia, along with three other Palestinians who were injured in the same incident, and that one of them is in a serious condition.

Dozens of Palestinians, including civilians not affiliated with any armed resistance groups, were killed and scores were injured in similar accidents, while many were killed or injured when the Israeli army bombarded the tunnels while they were working in them.

Tunnels in Gaza are not all used by armed resistance groups to smuggle weapons into the besieged coastal region, as many are used to smuggle goods and supplies, including medical supplies and fuel, into the enclave.

Many Palestinian civilians work in the tunnels to provide for their families due to the high levels of unemployment and poverty.