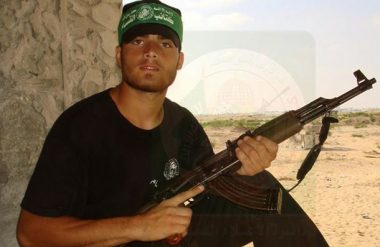 The Al-Qassam Brigades, the armed wing of Hamas movement, has reported that one of its fighters died, Wednesday, in a siege-busting tunnel, in the Gaza Strip.

The Brigades said that Mahmoud Abdul-Hai Safadi, 32, from the Daraj neighborhood, in Gaza city, was killed in an accident while working in one of the border tunnels.

It did not provide further information about the accident that led to his death, but only started that its fighters “will always be ready, and prepared, for any Israeli escalation, will remain prepared and steadfast, despite the Israeli siege, until the liberation of Palestine.”