Ramallah: Closure, Isolation and Suffering for a Second Week 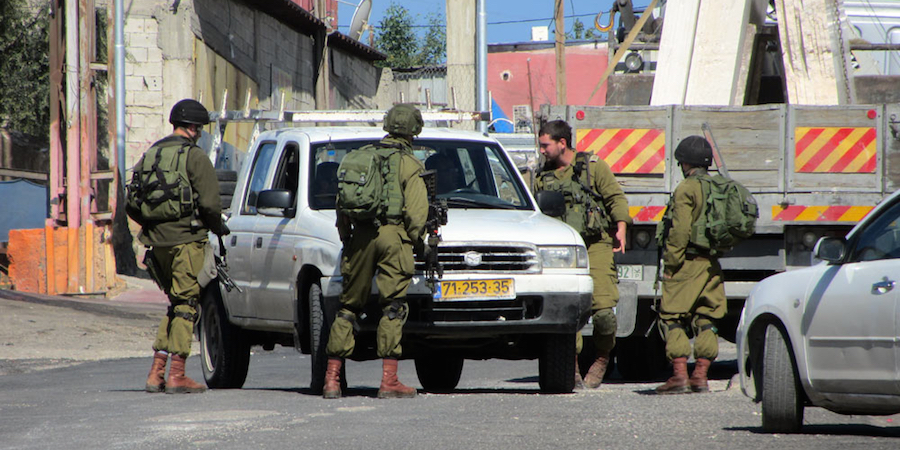 Israeli occupation forces have blocked civilians from entering and exiting their own villages and towns in the Ramallah district of the West Bank, for two weeks.

Entryways to Deir Nzam village, northwest of Ramallah, were closed with military barriers. Locals must walk on foot to get into the village. Israeli soldiers at a checkpoint, along the main road, routinely stop passersby and check ID cards.

The Israeli occupation also closed Nabi Saleh village, north of Ramallah. Two weeks ago, a military checkpoint was erected at its main entrance.

For two weeks, the villages of Ras Karkar and Deir Bze’a have been suffering from the closure of their main street too. Israeli soldiers are stationed near a military checkpoint in the al-Enab area. They closed an iron gate to block the road.

On Wednesday, Israeli soldiers closed the road that connects Jalazoun refugee camp to the city of Ramallah and al-Bireh. A barrier was put in place next to the nearby settlement of Beit El. Residents of Jalazoun camp as well as those living in nearby villages must use alternative routes via Bir Zeit – a much longer journey into the city.

Israeli soldiers also set up checkpoints, recently, at the entrances to the villages of Um Safa, Aboud, Deir Abu Mash’al and Rantis, north of Ramallah. Residents in the areas report that their ability to move depends on the mood of the soldiers. The soldiers often send locals attempting to enter or exit their hometowns away and forbid them from passing or simply cause delays.

A few nights ago, when the soldiers entered Beit Rima village for the third night that week, clashes broke out with local youth. The soldiers opened the fire and killed the child Ahmed Al Rimawi.

Mustafa Barghouthi, the General Secretary of the National Initiative, described Israeli occupation forces’ closure of the villages in the Ramallah area as “collective punishment”.

Ahmad Jaradat is the Senior Project Coordinator at the Alternative Information Center.