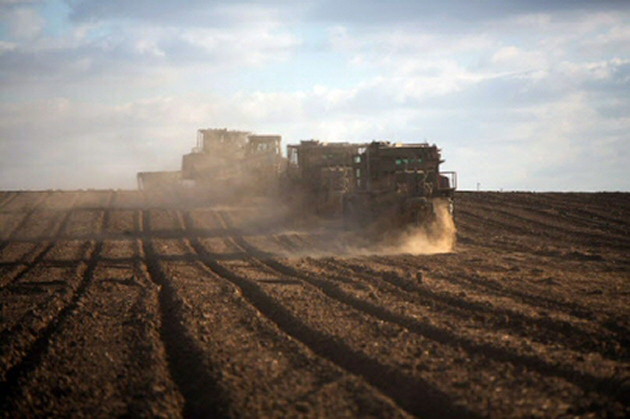 Israeli army forces, Monday, razed Palestinian-owned land near the village of N’ilin, west of the government seat of Ramallah, in the Israeli-occupied West Bank, according to local sources.

Witnesses told WAFA Palestinian News & Info Agency that Israeli soldiers, accompanied by bulldozers, broke into the area and flattened the land in order to expand the nearby illegal settlement of Nili.

According to a report by Applied Research Institute (ARIJ), The consecutive Israeli governments adopted a policy to acquire occupied West Bank lands, for the purpose of building and expanding Israeli settlements by employing different methods; most renowned of which, “Security,” which is also, how Israel was able to restrict Palestinian towns’ development on the remaining areas.

Since 1967,  it said, Israel utilized all the laws that were once running in this part of the land; at least the ones that it can make use of to justify its occupation in an attempt to legalize the various methods it uses to carry out its systematic policy to confiscate Palestinian lands to make it available for the occupation Army or/ and for the Israeli settlers.