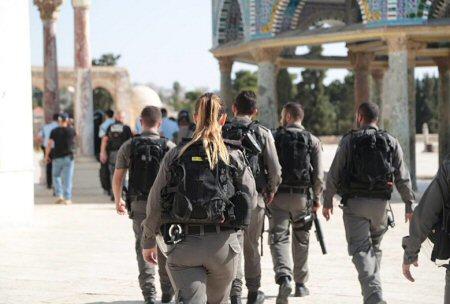 The Jordanian government is reportedly refusing to allow the return of the Israeli ambassador to the country, more than a month after an Israeli embassy security guard shot and killed two Jordanian citizens, Israeli news website Ynet reported on Thursday.

Additionally, Ynet reported that relations between Israel and Jordan have remained frozen and no visas are being issued, meaning that “thousands of Jordanians and Palestinians living in Jordan who cannot enter Israel through the Allenby crossing” and “163 passports of Jordanian citizens waiting to receive a visa to Israel have been held in a safe of the Israeli embassy in Jordan.”

Staff members of the Israeli embassy to Jordan, including the security guard who Ynet identified as Ziv Moyan — who killed Jordanian citizens Muhammad Zakariya al-Jawawdeh, 17, and Bashar Hamarneh in what Jordanian media and officials said was a professional dispute — had returned to Israel in late July, just days after high tensions following the shooting incident.

According to Jordanian media, the Jordanian government had decided not to allow the Israeli ambassador to Jordan and the embassy staff to return to Amman until “gaining complete assurances” guaranteeing that Moyan would be prosecuted.
Ynet reported that Jordan’s refusal to accept ambassador Einat Shlain’s return to Amman was due Shlain’s participation with Moyal and Israeli Prime Minister Benjamin Netanyahu in a celebratory reception upon their return to Tel Aviv.

At the time, Jordanian news sites reported that Jordan’s King Abdullah had criticized Netanyahu’s welcoming home of the guard as “a political showoff,” saying it was “provocative and destabilizes security and encourages extremism in the region.”

According to Ma’an News Agency, Ynet cited unidentified sources as saying that “Israel will have no choice but to appoint a new ambassador, if it intends to restore normal relations with Jordan.”
Meanwhile, Israeli police are ongoing in their investigation of Moyan, who has maintained that he acted in self defense.