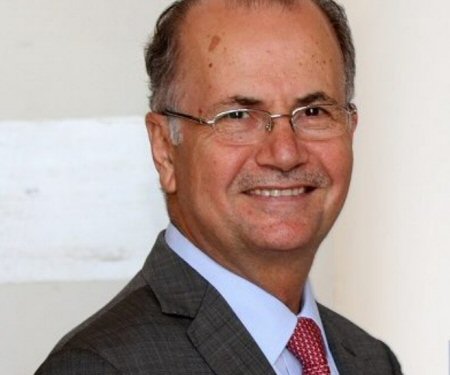 Given the political deadlock we have reached, the Palestinian leadership is in the process of reviewing the framework governing our relationship with Israel.

The notion of economic disengagement from Israel is top of mind for the Palestinian leadership; and with it the need to revise or terminate the Paris Economic Protocol that was signed between the PLO and Israel in April 1994; the cornerstone of which was the creation of a custom union with free movement of people and goods, and unified taxation between Palestine and Israel.

Israel’s unilateral actions over the years, including the isolation of Jerusalem, besieging of Gaza, expansion of settlements, building the separation wall, as well as maintaining full control of Palestinian natural resources and international crossing points, have effectively abolished the essence of the Paris Protocol, and created in its place a system to cement the Palestinian economy’s captivity to Israel. Despite these clear transgressions, Palestinians continued to abide by the Paris Protocol, albeit out of need rather than interest, given the various restrictions placed on the Palestinian economy.

Today, several measures can be taken by Palestinians to “bypass” the Paris protocol, and curtail Israel’s dominance over the Palestinian economy, including:

· Gradual reduction of the use of the Israeli Currency

· Increasing direct imports from other countries

· Applying strict measures to counter indirect imports from and through Israel

Palestine’s economic captivity to Israel on the one hand and to donor aid on the other, has damaged the foundations of the Palestinian economy, as revealed by recent statistics: 85% of Palestinian exports go to Israel, two thirds of Palestinian imports come from Israel, while the vast majority of remaining imports come via Israel, and imports are now three times the value of exports. Additionally, a significant percentage of the Palestinian workforce is employed in Israel and settlements (around 130 thousand workers with an annual income of US$ 2 billion).

Moreover, years of underinvestment in energy infrastructure, health and agriculture sectors resulted in a taxing annual import bill- for these sectors only- of more than US$ 2.5 billion, which amounts to half of our imports from Israel.

Similarly, Palestine’s near complete reliance on donor aid for the past 20 years, which has mostly gone to cover current expenditures, resulted in a hugely inflated current budget and aid dependency, which comes with political strings attached.

The results of these two failed policies are clear: daunting unemployment levels, low income per capita, and a significant reduction in the share of productive sectors such as Agriculture, Industry and Tourism in the Palestinian economy.

Given these harsh realities and dire outlook, it becomes clear that economic disengagement requires more than a few measures to bypass the Paris Protocol, but rather a national program to build economic resilience and independence, predicated on a number of pillars:

2- Investing in Palestinian infrastructure as a part of a national development program, particularly targeting marginalized areas such as: Jerusalem, Gaza, Jordan Valley, to preserve our national rights and support the resilience of Palestinians in those areas.

3- Investing in building a skilled workforce capable of transforming Palestine towards a knowledge-based economy fueled by the energy and creativity of its educated youth.

4- Optimizing the use of limited public financial resources through partnerships with the private sector to build real private public partnerships that can bridge the investment gaps in vital sectors.

Economic resilience is not an alternative to the national political struggle for Palestinian rights, but rather an integral part of it, and hinges equally on our ability to rally international-national support behind this ambitious effort in order for it to succeed.

We at the Palestine Investment Fund, have launched a US$2.5 Billion 7-year impact investment program (2018-2025), in partnership with strategic local and international partners from the private sector and the international financial institutions. The program aims to build a resilient, innovative and vibrant economy that enables the Palestinian people to thrive.

The program has set forth clear impact targets of halfing the trade deficit with Israel, and creating 100,000 jobs in the energy, agriculture, industry, health, tourism, real estate, education and technology sectors, as well as continuing to support Palestinian SMEs and technology startups. In addition to its sectoral focus, the program will focus on supporting marginalized areas like Jerusalem, Gaza and Area C, particularly the Jordan Valley.