Report: Palestinian State Finances May Remain Unaffected by Suspension of US Aid 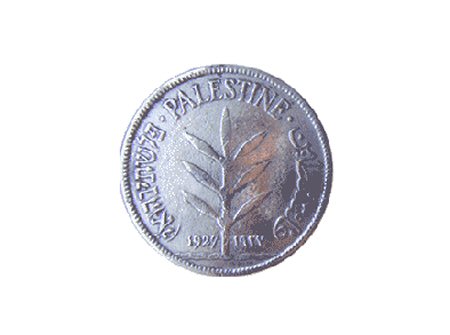 Economic experts believe that the Palestinian budget and its government finances will most likely not be affected by United States’ cut in aid to Palestine, because the aid was not intended for the treasury, but rather for various projects carried out by non-governmental organizations (NGOs) and implemented through American agencies operating in Palestine.

They downplayed, according to WAFA, the impact of the US decision on the donor countries that provide assistance to the Palestinian people, calling for the need to work on the diplomatic and political level with these countries in order for them to continue to provide financial assistance.

According to data from the Palestinian Finance Ministry, US support for the Palestinian budget has dropped in the past five years to reach $75 million by the end of October of last year.

According to statistics, total aid to the Palestinian people since the establishment of the Palestinian Authority (PA) in 1994 has so far reached about $37 billion, equivalent to an average of $1.5 billion a year. However, aid has fallen in the last two years to between $600 million and $700 million, including US aid.

US aid to the Palestinians is divided into two parts; the first part is provided by Washington to the United Nations Relief and Works Agency (UNRWA) to provide services to Palestinian refugees to cover expenses and employees’ salaries, and the second part is provided through the US Agency for International Development (USAID) for its projects in various sectors in the West Bank and Gaza Strip, while the United States does not provide any direct aid or funding to the Palestinian government.

The budget for the current year is $4.4 billion. The budget relies on three sources of revenues to finance its expenses. The first is local taxes of various types, mainly income tax, value added tax and property tax, which constitute about 25% of total revenues and estimated at $1.1 billion dollars annually.

The second source of funding for the budget is the clearing revenues, which are the taxes on imported goods that Israel transfers monthly to the Palestinian government in accordance with the Paris Economic Protocol signed in 1994. Its monetary revenues account for 50% of the total revenues, which amounts to $2.5 billion annually. The third source of funding for the budget is foreign aid, which constitutes about 25% of the budget funding with a total value estimated at $1.2 billion.

Mohammed Shtayyeh, head of the Palestinian Economic Council for Development and Reconstruction (PECDAR), said annual US aid to the Palestinians amounts to $500 million.

“Washington does not provide direct funding to the treasury of the Palestinian Authority,” he said, downplaying the impact of the US decision to cut aid on the PA.

“The Palestinian leadership does not trade national rights for money and does not accept political blackmail,” he said, noting that “since 1994, direct US assistance to the PA was done only two or three times, while the amount of projects financed annually is around $50 to $60 million.”

He explained that in 2016, for example, the United States provided about $390 million to UNRWA, $70 million to the PA, and the rest for the NGOs. In some years, such as 2015, the US did not offer a single penny for the budget.

The basic aid provided to the Palestinian people is the amount provided to UNRWA and not to the PA, said Shtayyeh, which was not affected by the slash in aid while UNRWA was greatly affected.

“This week, the Netherlands, Belgium and Kuwait have offered to help UNRWA, and we are working to urge the international community to compensate UNRWA for the lack in aid,” he said.

Economic expert Nasr Abdul Karim said Palestine cannot give up foreign aid, which amounts to $700 million annually. It will be difficult to make this amount available from any other source, including taxes. It is easier, however, to do away with US aid because only a small portion goes for the budget while the rest for development projects and therefore it is possible to postpone these projects.

He said US aid was not regular in the last 5 to 6 years as a result of political factors during which pressure is applied on the Palestinians to make concessions.

Abdul Karim said that about $50 million or $60 million dollars of the US aid goes to the treasury and finances the budget deficit while the rest is spent through projects and contracts with US agencies working in the Palestinian territories to finance infrastructure projects and for capacity building as well as for technical support and development of the security services.

He added that US aid does not go for the budget, and therefore doing without this aid is possible and does not have impact on the budget and is not the decisive factor in the financial stability of the PA. US President Donald Trump understands that his country’s aid to Palestine, although important but not essential for the life of the Palestinian government, and realizes that the Palestinian government can live without it.

He explained that Trump knows that Israel can stop the money from the Palestinian government but it cannot bear the consequences of the collapse of the PA and therefore preserves the thin thread in the economic relationship with the Palestinians in order to maintain the economic cycle in Palestine.

Economist Samir Abdullah said US assistance to the Palestinian people was greatly reduced since 2013 following the PA’s application for full United Nations membership, first at the Security Council and then at the General Assembly. The aid was mainly for projects implemented by the USAID, which came in two parts, one for infrastructure and the second for projects to facilitate trade. These projects were not very useful because the Israelis were not cooperative in their implementation therefore reducing the worthiness of all American studies and recommendations.

He added that impact of the aid was not visible over the past years and will not affect the Palestinian government in the future. It will cause problems to UNRWA, which will force it to reduce its important services provided to the Palestinian refugees.