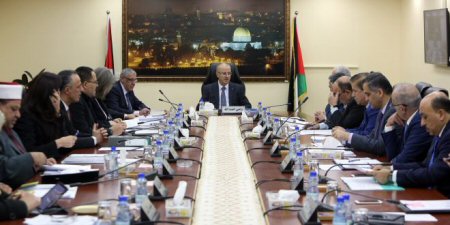 Following a decision by the Palestine Liberation Organization (PLO), the Palestinian cabinet of ministers today said it is starting plans to disengage from Israel.

In its last meeting in Ramallah, the PLO’s Executive Committee asked the government to devise plans for disengagement from Israel politically, administratively, economically and in security.

The government said, in a statement, following its weekly cabinet meeting in Ramallah, that it has decided to form a committee of various ministries to lay out plans for the disengagement, WAFA reported.

It also said, according to the PNN, that another committee will consider options for using a currency to replace the Israeli shekel that is in use in the occupied Palestinian territories since the start of the occupation in 1967. It said that one option is to have a Palestinian currency.

In addition to the shekel, Palestinians also use the Jordanian dinar and US dollar in their transactions, and the euro to a lesser extent.