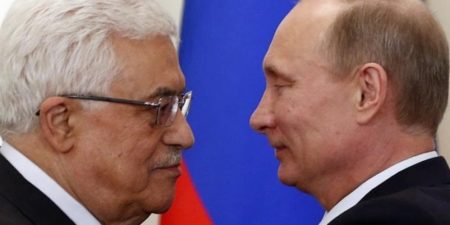 Russia has expressed serious doubts over the viability of the US-devised Mideast plan, known as the so-called “Deal of the Century,” on Israeli-Palestinian conflict, saying it contravenes several UN Security Council’s resolutions on the issue.

Russian President Vladimir Putin’s spokesman Dmitry Peskov said: “It’s plain enough that some of this plan’s provisions do not fully correspond to the relevant resolutions by the UN Security Council.”

His comments, made in an interview with the Rossiya-1 channel on Sunday, appear to be the Kremlin’s first official response to the contentious US proposal, PNN reports.

US President Donald Trump unveiled his self-proclaimed “Deal of the Century” during an event at the White House, alongside Israeli Prime Minister Netanyahu, in Washington, on Tuesday.

All Palestinian groups have unanimously rejected the American president’s highly-provocative initiative that largely meets Israel’s demands in the decades-old conflict while creating a Palestinian state with limited control over its own security and borders.

It enshrines Jerusalem al-Quds as “Israel’s undivided capital” and allows the regime to annex settlements in the occupied West Bank and the Jordan Valley. The plan also denies the right of return of Palestinian refugees into their homeland, among other controversial terms.