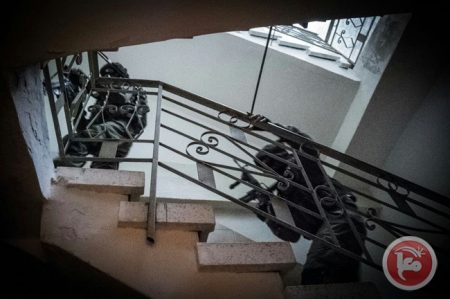 Israeli forces raided the home of the head of the Palestinian public prosecutor’s office before dawn, on Thursday, in the village of Jammain, in the occupied West Bank district of Salfit.

Ahmad Hannoun said, according to Ma’an News Agency, that he was very surprised when Israeli forces cut off the electricity and raided his home at 2 a.m.

Hannoun added that he was forced to let the Israeli troops inside his house, after they threatened to blow up his front door.

Once inside, one of the Israeli soldiers introduced himself as “Officer Atta”. The soldiers left the house without searching it or stating the reason of the raid, causing fear among Hannoun’s family members, including children, the Palestinian official said.

Israeli forces carry out detention raids in Palestinian communities on a near-nightly basis, with the UN documenting 169 such raids from Oct. 18 to Oct. 31.