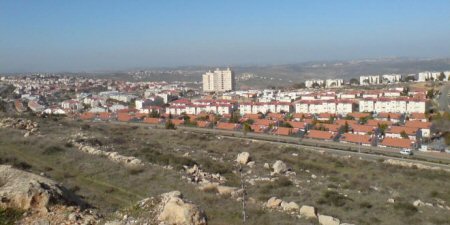 In an open letter, published on Friday in the British the Guardian newspaper, 15 academics and scientists from around the world expressed opposition to holding a conference on cosmology and particle physics at Ariel University, as it is located in an illegal settlement of the occupied Palestinian territory.

“We are writing to express our view that Ariel University in the occupied West Bank is the wrong venue for a conference on cosmology and particle physics starting on Monday 3 September and running until 6 September,” said the letter. “The settlements are illegal under international law and have been denounced by the international court of justice and numerous UN resolutions. Human Rights Watch has noted that Ariel’s ‘development is inseparable from a history of continuous dispossession of Palestinians from their land and restrictions on their freedom of movement’.”

The academics said that, due to its location on occupied land, Ariel University is excluded from receiving funds from the European Union, US-Israel Binational Science Foundation, and the German-Israeli Foundation for Scientific Research and Development. In 2012, more than 1,200 Israeli faculty members signed a petition opposing the establishment of Ariel, describing it as an attempt to recruit the Israeli academia into the service of the occupation and settlement efforts.

They called on fellow academics and scientists not to engage in activities at Ariel University because it would be tantamount to accepting Israeli annexation of occupied territories and normalizing the occupation.

“We, the undersigned, believe that participating in any activities held in a settlement amounts to accepting the Israeli government’s policy of gradually annexing the occupied territories to Israel. We call upon our colleagues and the wider scientific community to consider these facts before engaging in any activities related to Ariel, and not to take part in any attempts to use science to normalize the occupation of the Palestinian territories.”