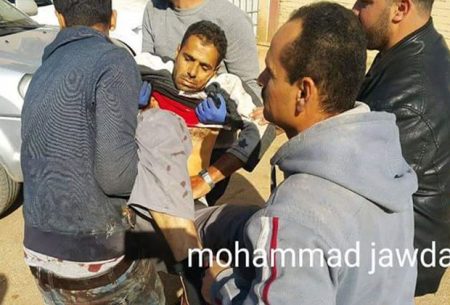 Shomron regional council head Yossi Dagan, in the north of the West Bank, decided to honor the murderer of Mahmoud Odeh, who died in Qasra village, south of Nablus, last Thursday.

Al Ray reports that, according to “04” news site, Dagan said, “He deserved all kind of respect and appreciation as he defended his friends when the Palestinian farmers attack them in Qasra village.” He called for supporting settlers in “their fair battle” with Palestinians.

The Israel settler is still free; he was interrogated for awhile and, then, Israeli police released him.

Odeh was killed and several others were injured when Israeli settlers attack Oasra village and the citizens tried to confront them.