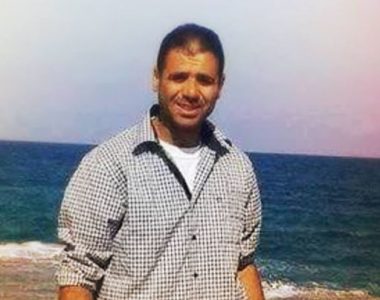 A group of approximately 20 Israeli colonists, on Thursday afternoon, shot a Palestinian farmer in the upper part of his body, leaving him dead, and injured another Palestinian, near Nablus, in northern West Bank, eyewitnesses said.

Emad Jamil, a member of Qusra Village Council, said the attack was carried out by approximately 20 settlers who came from the illegal “Yesh Kod” outpost, which was built on private Palestinian lands, and assaulted the Palestinian and his family, before one of them shot him in the chest.

Jamil added that the bullet exited through the Palestinian’s chest, before the villages tried to rescue him and move him to a hospital, but Israeli soldiers stopped them at Za’tara military roadblock for at least 30 minutes, until he bled to death. Following his death, the soldiers allowed the Palestinians to pass, but again stopped them at Huwwara military roadblock, before taking his body from them, and moving it to their nearby military camp.

Jamil also said that, after killing the Palestinian, the colonists fled to a nearby cave, and barricaded themselves there, until dozens of soldiers invaded the area, and surrounded the town, before removing the settlers and taking them away.

“The colony where the Israeli assailants reside is nearly 15 kilometers away from the Odeh’s land,” Jamil said, “It is clear they infiltrated the area, close to many Palestinian homes, with one goal in mind, to commit murder – there have been many attacks by colonists in this area, including the burning, cutting and uprooting of trees.”

He also stated that, several years ago, Odeh built a small hut in his 7-Dunam land, and received many threats from the settlers, who also repeatedly assaulted which working on his land.

It is worth mentioning that another Palestinian identified as Fayez Fathi Hasan, 47, was injured in the leg by the settlers’ fire.

“When the farmers tried to push them out of their lands,” the eyewitness said, “an armed settler aimed his pistol towards a Palestinian farmer and opened fire.”

An Israeli army officer and the settlers’ council in the West Bank claimed that the Israeli settlers were little boys, and were on vacation.

It is worth mentioning that, in 2011, armed colonists shot and killed a young man, identified as Issam Badran, during a similar attack.

The village also witnesses ongoing attack, during which many trees have been cut, uprooted or burnt, and many Palestinians were injured.

The occupied West Bank witnesses, almost daily, similar aggression by extremist Israeli settlers, who are protected by the Israeli government.