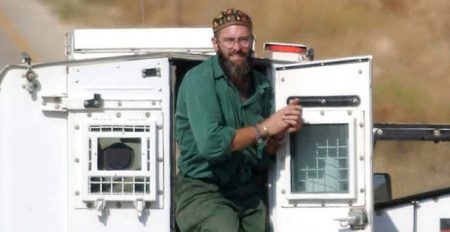 Yehoshua Elitzur, 44, is getting extradited from Brazil after he fled from Itamar settlement 10 years ago, before his plea hearing for killing two Palestinians Sael Jabara al-Shatiya, east of Nablus, in 2004.

Elitzur was initially accused of murder, but was sentenced to 20 years in prison, in 2005, for manslaughter. The prosecutor, according to the PNN, couldn’t prove Elitzur’s intention to murder Al-Shatiya. During his plea hearing, Elitzur was confined to house arrest, but managed to flee to Germany and, soon after, to Brazil.

In 2005, Interpol issued an international arrest warrant for Elitzur, who was found and arrested 2 years ago, in Brazil. Now, Brazilian authorities have accepted the request from Israel to extradite him.