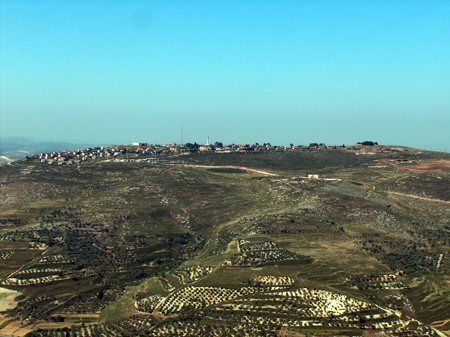 Jewish settlers, on Saturday, set up mobile homes in the illegal Israeli settlement of Yitzhar, near the city of Nablus in the occupied West Bank, said Ghassan Daghlas, who monitors settlements activities in the northern West Bank.

He told WAFA that the homes were set up on land overlooking the villages of Burin and Urif, south of Nablus.

Mobile homes were also set up on land near Qosin as well as in the illegal settlement of Innab, west of Nablus.

It is believed the mobile homes were set up as part of a larger land-grab scheme in order to expand the existing settlements on nearby Palestinian land.