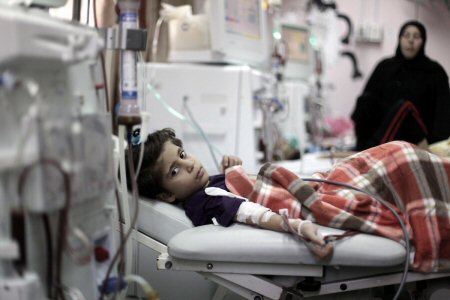 The Gaza Strip is heading towards an even greater humanitarian crisis as seven more healthcare centers closed their doors on Thursday, due to the ever tightening 11-year-old Israeli siege.

According to the Palestinian Ministry of Health in Gaza, fuel ran out in seven more healthcare centers, in different areas across the small coastal enclave.

“This problem, which is a result of the Israeli siege, happened due to the lack of fuel needed to operate electricity generators,” a statement from the ministry said, according to Days of Palestine.

Earlier this week, the ministry announced that Beit Hanoun Children’s Hospital, in the north of Gaza, had closed its doors due to the lack of fuel.

Spokesman of the Ministry in Gaza Ashraf al-Qidra said: “There is no horizon for solving this crisis with the Israeli occupation authorities or the Palestinian Authority in the occupied West Bank.”