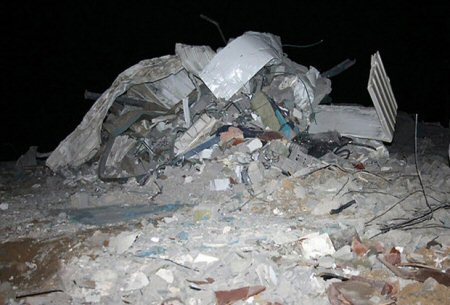 Be’er Sheva Magistrate’s Court ruled, according to Days of Palestine, that the founders and operators of the mosque would pay the fine as a compensation to the state of Israel.

The lawsuit was filed by the Southern District Public Prosecutor’s Office, against eight residents of Rahat who were members of the mosque committee, and demanded compensation of NIS459,500 ($130,000).

Muslim worshipers, who are original Palestinian residents, remained at home when Zionists occupied Palestine in 1948, built it to fulfill their needs. They apparently applied for the needed licenses to build the mosque, but were refused.

Occupation authorities claim that the mosque was illegally built in 2010, by the Islamic Movement’s Northern Branch, on public property.

Six months after it was built, the Be’er Sheva Magistrate’s Court and District Court marked the 400-square meter structure for demolition.

According to the state, the defendants initiated and conducted false procedures to delay and obstruct the evacuation, and even called on the public to oppose the demolition.

The defendants said that they had exhausted the legal procedures for preventing the mosque’s destruction and gave up, after the mosque was set to be demolished.

“Naturally, when you talk about a holy place built by the residents, and the residents see police forces in great numbers coming and demolishing the mosque, it bothers and hurts them,” they explained.