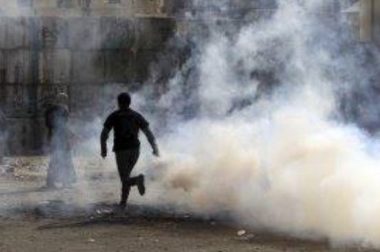 Palestinian medical sources have reported that several residents suffered, on Friday evening, the severe effects of teargas inhalation during clashes that took place after Israeli soldiers invaded the al-Khader town, south of Bethlehem, in the occupied West Bank.

Ahmad Salah the coordinator of the Popular Committee against the Annexation Wall and Colonies in al-Khader, said the clashes took place in Bakoush area, in the western part of the town, after several army vehicles invaded it.

He added that the soldiers fired many gas bombs and concussion grenades, causing several Palestinians, including children, to suffer the severe effects of teargas inhalation.

Palestinian Red Crescent medics rushed to the town, and provided the needed treatment to the wounded residents.