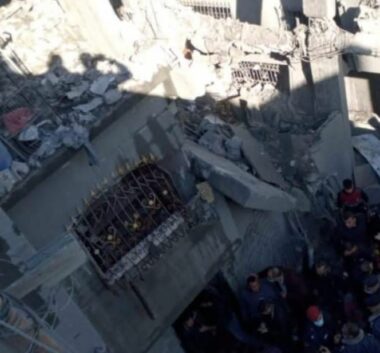 Updated: The Interior Ministry in Gaza has reported that dozens of Palestinians were injured, on Saturday morning, in an explosion, east of Beit Hanoun, in northern Gaza.

The Ministry said the causes of the explosion are still under investigation and added that the medics moved at least 27 Palestinians to the Indonesian Hospital, in northern Gaza.

The explosion caused severe damage to many homes and buildings, in the eastern part of Beit Hanoun.

The Interior Minister added that the explosion apparently took place in one home but was powerful enough to cause damage to surrounding buildings.