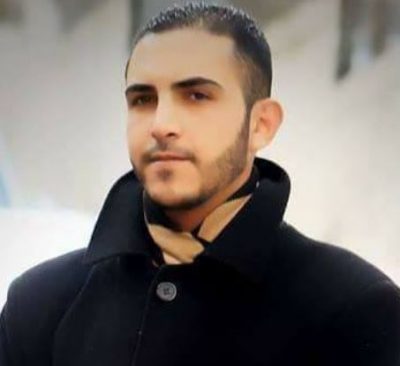 Thousands of Palestinians, including dozens of representatives of national factions and civil society organizations participated, Saturday, in the funeral procession of a Palestinian from the northern West Bank governorate of Nablus, after Israel held his corpse for more than three months.

Media sources in Nablus said the army handed the corpse of Mohammad Abdul-Karim Marshoud, 30, to the Palestinian side at Jeet Junction, east of Nablus, before it was moved to Rafidia governmental hospital.

Mohammad’s corpse was later transferred to his family, in Balata refugee camp, east of the city, and his funeral ceremony was held at the local mosque.

It is worth mentioning that Marshoud died on April 9, 2018, from serious wounds he suffered a day earlier when an Israeli colonial settler shot him near Mishor Adumim illegal colony between Jerusalem and Jericho, reportedly after he attempted to carry out a stabbing attack with a screwdriver.