Soldiers abduct A Palestinian, Confiscate A Bulldozer, Near Nablus 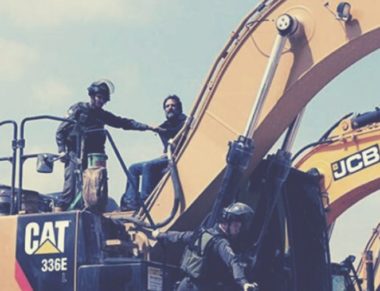 Israeli soldiers abducted, Wednesday, a young Palestinian man, and confiscated a bulldozer in the towns of Askar al-Balad and Salem, east of the northern West Bank city of Nablus.

They added that the soldiers also invaded Salem town, and illegally confiscated a bulldozer owned by Ibrahim Issa.

The Local Council in Salem is working on paving a new road in Ras al-Ein area, north of the town, however, Israel is trying to stop the project.