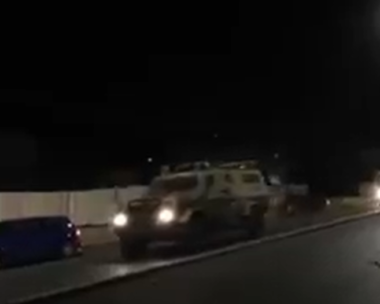 Israeli soldiers abducted, on Wednesday at dawn, a young Palestinian man from Hebron, in the southern part of the occupied West Bank.

The soldiers invaded the southern area of Hebron city, and abducted Yassin Essam Rajabi, 27, after storming his home and searching it.

The soldiers also invaded and searched the home of Hijazi Rajabi in the same area.

In related news, the soldiers installed several roadblocks at Hebron’s northern and southern roads, in addition to streets leading to the towns of Halhoul and ath-Thaheriyya, north and south of Hebron, before stopping and searching dozens of cars, and interrogated many Palestinians while inspecting their ID cards.

In related news, the soldiers abducted four young Palestinian men from Beit Fajjar and Husan towns, near Bethlehem, in the occupied West Bank.