Soldiers Abduct A Palestinian In Nablus 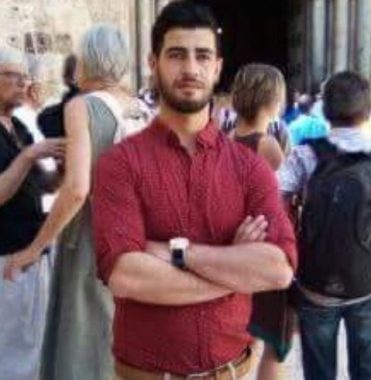 Israeli soldiers abducted, on Thursday at dawn, a young Palestinian man in the al-Mughayyir village, northeast of the central West Bank city of Ramallah. The soldiers also attempted to abduct a child, but he was not at home during the invasion.

Marzouq Abu Na’im, a member of the Local Council in al-Mughayyir, said the soldiers invaded the village approximately at 3 at dawn, before storming the home of Shadi Abu Na’im, 22.

He added that the soldiers abducted Shadi, after violently searching the property, causing damage.

It is worth mentioning that Shadi is the uncle of Laith Haitham Abu Na’im, 16, who was killed on January 30th, 2018, during an Israeli military invasion into the village.

In related news, the soldiers invaded the home of Kathem al-Haj Mohammad, in an attempt to abduct his child, Mohammad, only 14 years of age, but he was not at home.

The soldiers violently searched the home, and summoned the child’s father for interrogation.

Also at dawn, two Palestinians were injured after being attacked by illegal Israeli colonialist settlers near Nablus, in northern West Bank.

Furthermore, a group of colonialist settlers invaded the village of Orif, south of Nablus, and attacked homes and cars, causing property damage.