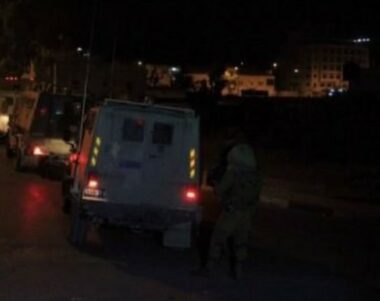 Local sources said the soldiers abducted Thaker Abdul-Rahim and took him to a nearby military base.

On Friday at night, the soldiers invaded Burqa town, northwest of the northern West Bank city of Nablus, leading to protests.

On Friday evening, the soldiers shot a Palestinian man near Sinjil town, north of the central West Bank city of Ramallah, in addition to abducting a former political prisoner, and detaining four Palestinians, at the Dothan military roadblock near Ya’bad town, south of Jenin.