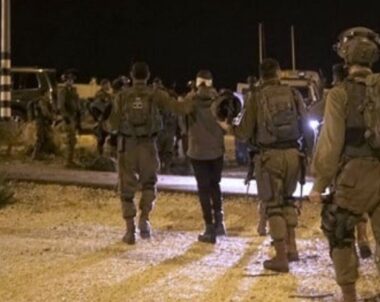 Israeli soldiers abducted, Monday, eight Palestinians from occupied Jerusalem in the West Bank, including five who were taken prisoner in Qalandia refugee camp.

They added that the soldiers also invaded the Rashidiyya School in Jerusalem and hurled concussion grenades at many students before chasing and assaulting some of them, and abducted one, 18 years of age who remained unidentified at the time of this report.