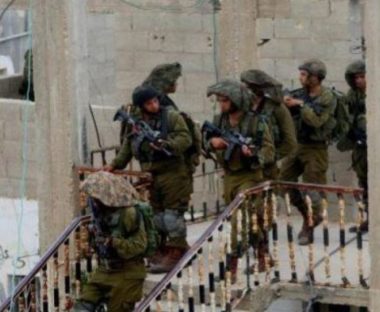 Israeli soldiers abducted, on Tuesday at dawn, eight Palestinians, including a wounded child, from their homes in Hizma town, northeast of occupied East Jerusalem.

The soldiers invaded the town from several directions, before storming and ransacking many homes, and interrogated many Palestinians while inspecting their ID cards.

It is worth mentioning that Ahmad Fuad Khatib, 15, was shot and injured by Israeli army fire on April 16th, 2019.