Soldiers Abduct Five Palestinians, Including A Child, In Jerusalem 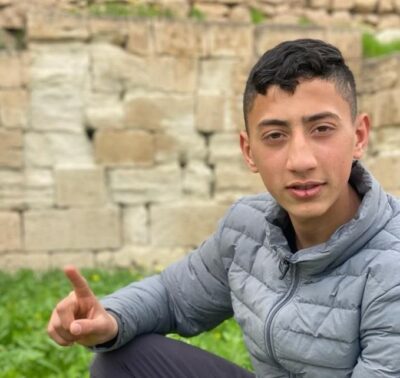 On Tuesday, Israeli soldiers abducted five Palestinians, including one child, in occupied East Jerusalem in the West Bank.

The soldiers invaded the Bab Huta area in the Old City and abducted Yazan Ahamad Basity in addition to a child, Soheib Abu Naab, 14.

The soldiers also invaded the Sa’diyya neighborhood in the Old City and abducted Jihad Abu Qous, in addition to Khalil Abu Sanad from Silwan town, south of the Al-Aqsa Mosque in Jerusalem.

In addition, the army abducted a young man, Mohammad Tubasi, from his home in the al-Isawiya town, northeast of Jerusalem.

Furthermore, the army invaded the home of a young man, Mohammad Daqqaq, in the ath-Thoury neighborhood in Silwan and handed his family an order summoning him for interrogation.

In related news, the soldiers assaulted several young men in the vicinity of Bab as-Sahera, one of the gates of the Old City.