Soldiers Abduct Four Palestinians, Including A Mother And Her Child, In Jenin 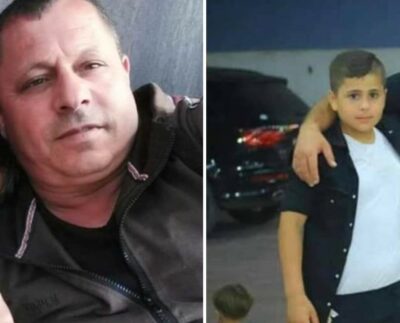 Israeli soldiers abducted, on Tuesday at dawn, four Palestinians, including a mother and her child, in Sielet al-Harithiyya and Ya’bad towns, near the northern West Bank city of Jenin.

Media sources in Jenin said the soldiers invaded and ransacked many homes in Sielet al-Harithiyya, west of Jenin, before abducting Sabrin Zayyoud, the wife of a political prisoner, identified as Mohammad Zayyoud who was abducted by the army several months ago, and her child Ziad Mohammad Zayyoud, 14.

In addition, the soldiers invaded Ya’bad town, southwest of Jenin, and installed a roadblock, before abducting a college student, identified as Hamza Mohammad Abu Bakr, while heading to Kadoorie Technical College in Tulkarem, in northern West Bank. It is worth mentioning that, on Tuesday at dawn and morning hours, the soldiers conducted live-fire military drills near Ya’bad town, southwest of Jenin.

The drills included helicopters, tanks, and armored vehicles, and were conducted close to Palestinian facilities, and the soldiers also prevented the Palestinians from entering their lands.